“This fish ate a pearl core braid San Juan worm #12, on 8lb Seaguar fluorocarbon, rigged 10 inches from a 3/0 split shot, 6 feet below the indicator.  Flows were at 3000 cfs.  Sage one, 10 foot 4 weight.  Lamson guru.  This was the first fish of the day.  We launched at Texas hole, which was very crowded.  The clients were not into the crowd so I decided to do one pass through T hole and get some stuff downstream to ourselves.  Halfway through, Keith comes tight, he thought to the bottom.”

We got very lucky on this fish.  Convinced he is hung up Keith gives the rod some fairly violent pops and I anchor up wanting to save the rig if possible.  Just then the fish finally started to fight.  It took off on a very fast run barely giving me time to pull the anchor and chase it before it spooled us.  The Lamson guru being the smallest one, and held 0 backing, just the 90 foot fly line.  I have always been a believer in light tackle.  So I chase it down with the boat and we see how big the thing is.  Other boats we pass see it too and there were a lot of “holy shit!” type comments.  Lucky for us there were 2 sizable eddys on the left we could use to land it.  We got close in the first eddy then got it in the net down in the second one.  All told maybe 5 tense minutes on the line.  A bunch of other boats, including Chris, came by to check it out.  Keith, elated says, “Okay, I’m done fishing.”  Which was total bs of course, and he later got a 25 inch brown.  Which seemed like a dink in comparison but most other days would have been very exciting.

Even though it was 8 am, he and his buddy celebrated the huge brown with a beer.  This was an fun fish for Kevin as it is his first season guiding the San Juan.  Kevin has guided in the Southeast for 17 years, and loves helping his clients catch great trout big or small. Kevin says, “It was a very cool experience”.  They kept the trout in the net except for two quick photo sessions.   It swam off vigorously and is in there today.  Probably giving the small trout a hard time. 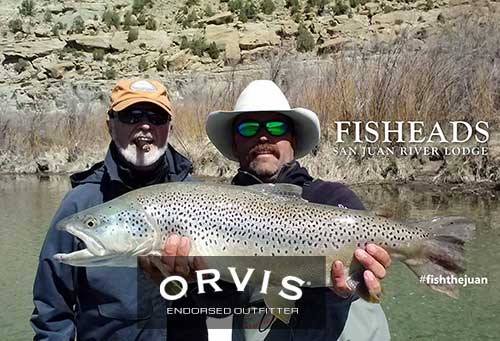 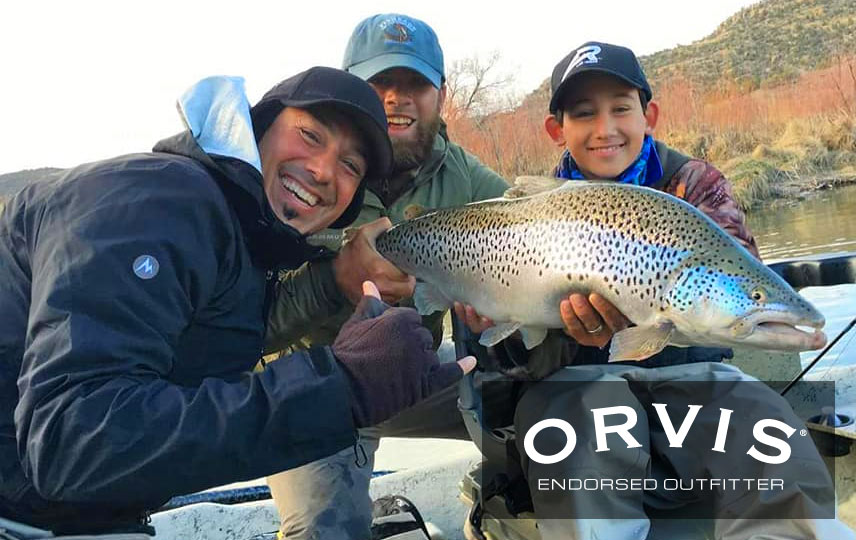 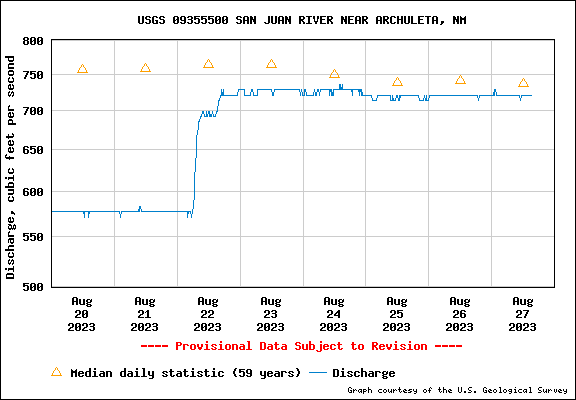